First of all, thank you for the latest sad message about Jaana. As I have just found out, I do not have her email address any more; could you, please, send it to me.

Thank you for all the messages I have received so far. In one of them, you mentioned your connections to the railways at some stage of your life. I have been fascinated with railways since my childhood and, I think, not lost it at all. At the age of eleven while spending the summer holidays with my grandparents in central Estonia in a little town called Elva, every single evening I would arrive at the railway station, six tracks in total; at 19.05 a cargo train hauled by a beautiful and magnificent steam engine would come and stop on a side track. There was a brick-making factory some 700 or 800 metres away from the station; a separate track led to it. A few empty carriages had to be disjoined from the train and pushed to the factory, whereas the cars loaded with newly produced bricks were to be pulled from there and hatched to the train. I made friends with all shifts of the engine, so as soon as the train stopped, I would climb up to the drivers' cab and spent up there the entire time of the engine shunting. When the engine needed to give a whistle, I was allowed to do it, which meant pressing a small lever. You can imagine what an enormous fun I would have in an everyday basis. At the end of the holidays, before we left back to Moscow, the drivers presented me with the railway signal regulations manual, edition of the late 1960s, and it is dearly kept in my flat in Warsaw.

The engine was of Type L, I still remember the numbers of the two engines coming to Elva on alternate days: L-0255 and L-0992. Those engines were produced in Russia from 1946 through 1955 and were the most numerous – well over four thousand in total – and most efficient among all the Russian steam engines ever made. Some twenty or thirty of them are still operable and used mainly for films, fun train journeys and sometimes as back-ups for electrified lines. A photo of one of the magnificent Ls has been attached. Isn't it wonderful?

In the world outside railways, the last months have been quite hectic to me. Taking from the latest, apart from various work-related assignments, on the Sunday 26th of August it was my Moscow uncle Alexander Gorbachev's eightieth birthday; he is the youngest and the last surviving of the four grandchildren of Nadezhda Kasatkina née Gripenberg. You just might remember that he lives with his family in Mamontovka, some 25 kilometres outside Moscow. Unfortunately, health-wise, he is just in a moderate condition. His sight keeps deteriorating; it's some two years now that he has not been able to read. There are also some brain-related problems with balancing as well. Not in a better condition is his wife Rimma, she is his five-month older. In her case, it is about serious blood-pressure and leg bone-joint problems; she has to use crutches now. Still, the party went on quite nicely, although it was very small, eleven persons in total. Being absent of mind as I am, I forgot to take my camera, but I will definitely get some photos from the other party members and then send them to you. Less than one year ago, uncle Alexander became a great-grandfather: His oldest granddaughter Varvara gave birth to a little Vasilisa. When I am in Mamontovka next, I will get the date of her birth and send you updates.

Earlier, in the course of the summer, my dear cousin Margarita was struggling through really unfortunate problems with her brother about inheritance from their late parents who died two years ago. It really pains me to say that the stand that Margarita's brother, i.e. my cousin Vadim took was shocking and entirely unexpected as for the entire course of his life he had been a truly nice person. The case had to become legal and elevated to a court of law. I had several meetings with Margarita's lawyer; subsequently there were a few hearings in the court of law. The case in not over yet, there have been appeals, retries, etc. Needless to say, the whole thing is stressful, frustrating and time consuming.

There has been more stressful experience for Margarita and me in the summer, though. Our good friend, a lady in her mid-thirties now, has developed mental disturbances. She works freelance from home, has no relatives as she comes from children's home, had not been in touch with us for some two years, became reluctant to talk on phone, and when eventually we visited her it became clear that there was something clearly wrong with her. It became Margarita's and my job to arrange psychiatrist consultants for her, she was unwilling, we had to put a lot of effort to persuade her, then to help her to tidy up her flat which had become too messy, and so on, and so forth. Parallel to that, Margarita and I work full time and have our own things to do.

I am sorry the letter is becoming not too joyful. I had better write something more interesting next time.

As I live from trip to trip these days, my next trips, all for work obviously, should be to Samara and possibly Ekaterinburg within the next four weeks.

Totally changing the subject, how is Clas, Bertel's son. By sheer chance, I hit his photo on the internet, just as of a person living in Kirkkonummi. When I saw the name, I recalled it is Kyrkslätt and I remember our visits there, including shopping, with Bertel from Marsudden.

Most importantly, I hope Elisabeth is doing her best. My continuous regards for her. And, obviously, the very best wishes to you.

I got a  e-mail today from Jaana.

She told that her husband Igor passed away  about Christmas time. She did not told the exact date.

I knew that Igor was sick but we have not had any contact so I did not knew this sad news. 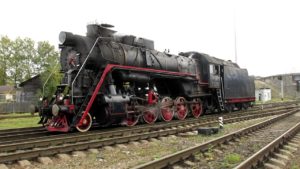